What is the Ketogenic Diet?

You may have heard of the Paleo Diet and the Whole30 Program, but have you heard of the Keto Diet? Despite being introduced in 1924, it’s recently gained popularity as the latest trending diet and has people ditching carbs for fats. The Keto (short for ketogenic) Diet is a low-carb, high-fat diet, in which the body produces ketones in the liver to use as energy instead of carbohydrates.

The result is a build-up of byproducts from the body breaking down fat for energy, called ketones, that occur when carbohydrate intake is low. This causes body fat weight-loss, hence all the rage surrounding the Ketogenic Diet.

To understand how it works, you’ll need a crash course on how the human body gets energy. Human bodies are fueled by glucose (blood sugar) that we get from consuming foods containing carbohydrates, such as fruit, potatoes, bread, and sweets. If our blood sugar levels drop significantly, we’re likely to get dizzy and shaky.

When your body is deprived of essential carbohydrate intake, anything less than 50 grams per day, the liver goes into overdrive because you don’t have that carbohydrate-made glucose for energy. The liver then becomes the sole provider of glucose to feed your organs—especially the brain. Since the human brain cannot directly use fat for energy, it needs a backup source when the carbs are gone.

No carbs means your brain is running on ketones, produced by the liver using fatty acids from your food or body fat. The ketones are released into the bloodstream—this is the body switching gears to initiate ketogenesis—survival mode. Essentially, it fools the body into thinking it’s starving, causing the body to go into a metabolic state called ketosis, which is what happens when your body doesn’t have enough glucose for energy and has to burn stored fats instead.

Despite the serious implications of this weight-loss fad, Keto converts are removing carbs (including fruits) from their diets and focusing instead on healthy fats such as avocados, eggs, meats, and nuts in order to see quick results. If this sounds eerily familiar to the Atkins diet, that’s because it is—Atkins is a version of the Keto Diet. According to the Journal of American Medicine, when looking at head-to-head studies comparing low-carb diets to other kinds of diets, weight loss on a very low-carb diet can be a little more dramatic in the short term, but by the one-year mark, all diets perform equally miserably. 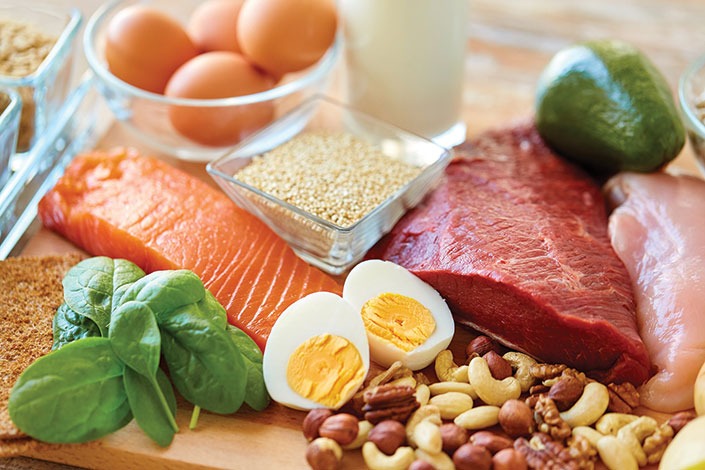 According to some research articles published on the US National Library of Medicine, there are many benefits to the Ketogenic Diet, such as weight loss, blood sugar control, mental focus, increased energy, normalized hunger, lower insulin levels, and even acne reduction. However, long-term results remain to be seen and many other articles suggest the downsides far outweigh the upsides.

In addition to disappointing long-term outcomes, the Keto Diet can come with a number of side effects that range from unpleasant to eeek! Research by The Journal of American Medicine reveals that side effects may include weak bones and stress fractures, headaches, moodiness, memory loss, increased risk of disease, slowed metabolism, and the dreaded “Keto Breath,” which is the result of the low/no-carb diet that causes certain chemicals to be released from one’s breath when the body is in ketosis. “Keto Flu,” is the oft-used term Keto dieters use to explain what they’re experiencing when their bodies go through the initial transition phase, which is characterized by fatigue, dizziness, poor sleep, difficulty with exercise, and constipation.

Despite the disconcerting and substantial adverse health effects, the Keto Diet may still appeal to those who are willing to give up strawberries for extra cheese. Lots and lots of cheese. And while there’s really no arguing how truly magnificent this world is with cheese in it, it just seems bananas to give up bananas.

What to Eat on a Keto Diet

Sticking to a strict 5% carbohydrate allowance might be tough, but here’s how it goes:

Fats & Oils: Get your fat from natural sources like meat and nuts. Supplement with saturated and monounsaturated fats like coconut oil, butter, and olive oil.

Protein: Stick with organic, pasture-raised, and grass-fed meat where possible. Most meats don’t have added sugar so they can be consumed in moderate quantity.

Dairy: It’s okay to eat it, but you have to consume full-fat dairy. So long 1% milk.

Nuts and Seeds: The fattier the better, but only in moderation.
Nuts and seeds are on the yes list.