Trending
Login
You are at:Home»Adventure»Climbing»Of Ice and Men

Cody is an unassuming un-tropolis of 10,000 in northern Wyoming—about 50 miles from the East Entrance of Yellowstone National Park—steeped in history and rich with natural beauty that was surely created to entice adventurous undertakings. This western frontier town was founded in 1901 by none other than Colonel William Frederick “Buffalo Bill” Cody and has since become a fascinating whistle-stop with much to see and do.

What Buffalo Bill probably wasn’t expecting is that the area would become one of the best ice climbing destinations in the west due to its handsome portion of routes and comparatively long season. To be fair, ice climbing wasn’t really a thing until at least 1912 and wasn’t popularized in the United States until the early ‘30s, when Grivel invented the first crampon with front points.

Cody is well known among ice climbers for its routes in the North and South Forks of the Shoshone River canyons. The South Fork has the highest concentration of frozen waterfalls in the United States. When the ice is in, there are more than 200 climbable pitches within a 10-mile radius. 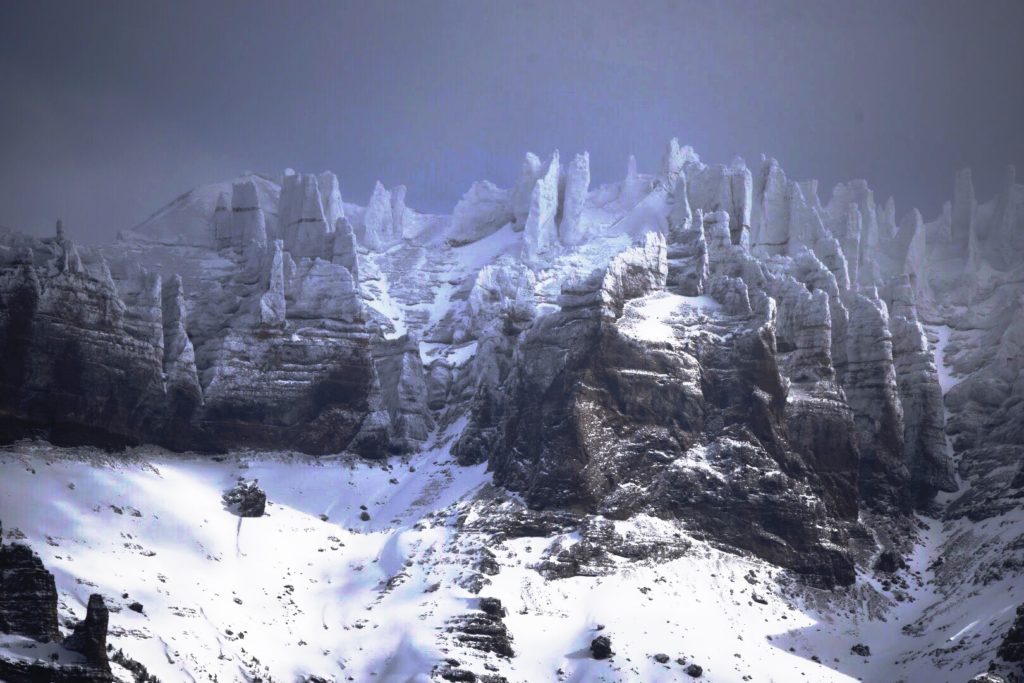 For climbers looking to try the South Fork’s routes, a great place to start is the 10th annual Cody Ice Climbing Festival. Held February 8–11, 2018, the ice climbing clinics are designed for all levels and run Friday and Saturday during the festival. Registration is now open for clinics, which include a women’s only session led by Angela Van Wiemeersch and a 2-day light and fast alpinism class taught by Jeff Shapiro and Fabrizio Zangrilli. 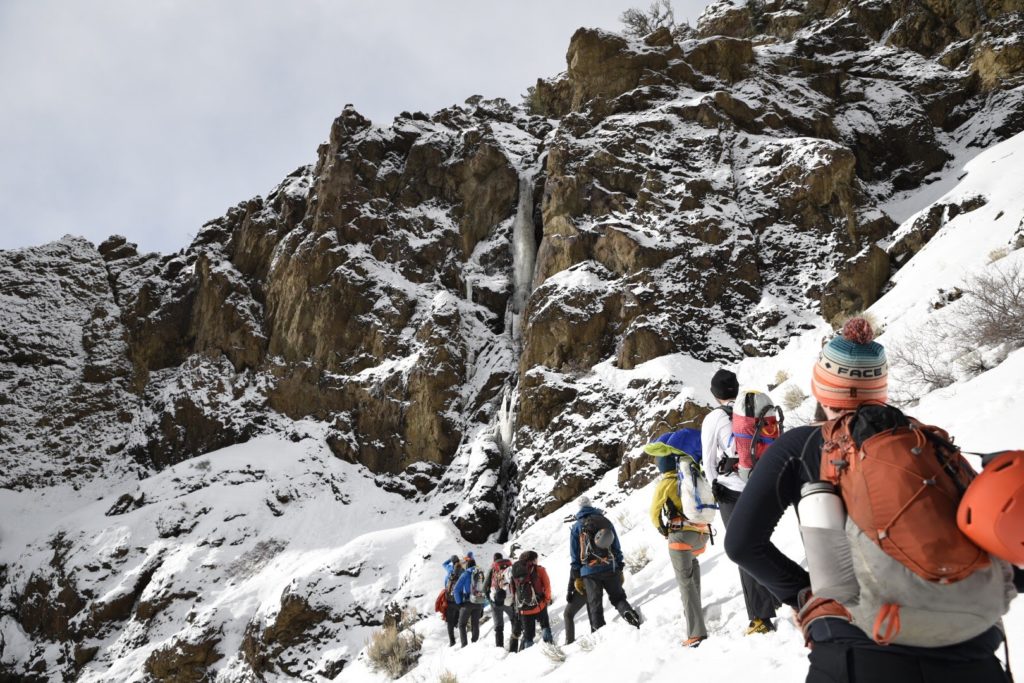 Festival Director, Ari Novak said, “Our goal is to help participants become better ice climbers and alpinists, from the novice to the advanced. We want the Cody Ice Festival to be a welcoming, fun, educational, affordable, and inspirational experience for every climber regardless of experience.”

What sets the Cody Ice Climbing Festival apart from the Ouray and Bozeman Ice Climbing Festivals is the family feel of the three-day event. Often referred to as the friendliest little ice festival in the northern Rockies, nightly events are hosted in the Cody Community Auditorium. Ice climbing gear raffles and presentations are held every night, along with special events like an ice tool pull-up competition for attendees. Bottomless brews are available to adults who buy the commemorative pint glass.

Though climbing ice is quite nice, not everyone fancies such frozen frivolities. Many non-ice climbers come to this event to enjoy the other festivities and locale, too. Swashbuckling explorers delight in the many bountiful offerings of Yellowstone Country, like snowshoeing through the breathtaking Absaroka Mountains or soaking in the DeMaris Hot Springs deep in the Shoshone River Canyon.

Winter travelers looking for an alternative to ice climbing can venture a few turns at Sleeping Giant Ski Resort—the cutest little ski resort that ever was—complete with an authentic lodge from 1952. Sleeping Giant is a great place for skiers of all levels with, count ‘em, two lifts and a magic carpet area for beginners.

Skiers who prefer cross-country to downhill will find 11 miles of groomed trails at the nearby Park County Nordic Center by the Pahaska Tepee Resort, which was once Buffalo Bill’s hunting lodge. These gorgeous trails offer the illusion of extreme remoteness but are actually not too far from civilization. Skiers have a good probability of wildlife encounters (or evasions) with elk, bison, sheep, and moose. 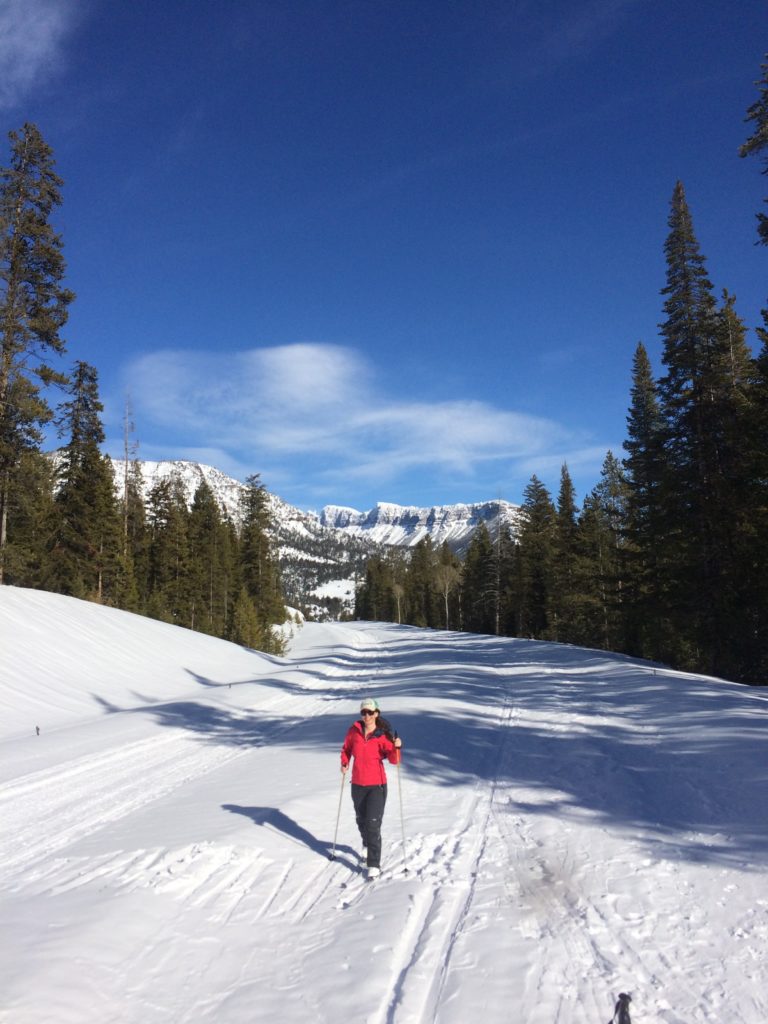 If the weather isn’t cooperating, there are lots of unique indoor things to do in Cody. For $39, patrons can shoot a model 1862 45LC Gatling Gun or a 50 Caliber Kentucky Flintlock at the Cody Firearms Experience. Or see five museums in one place within the Buffalo Bill Center of the West: The Buffalo Bill Museum, Whitney Western Art Museum, Plains Indian Museum, Draper Natural History Museum, and Cody Firearms Museum. 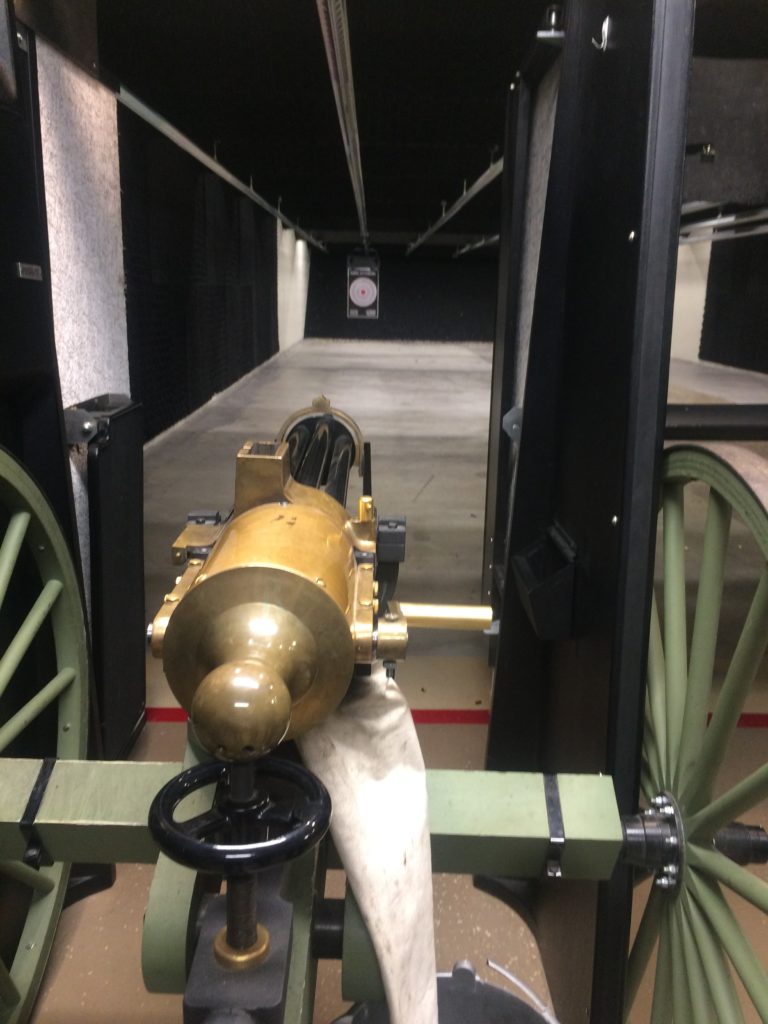 Visitors can see a pair Catherine the Great’s flintlock pistols on display, have an interactive exploration of the life and times of Buffalo Bill, and try out the Raptor Experience, which promises an up-close-and-personal view of some of Wyoming’s most recognized predators—the birds of prey.

The spectacular landscape, outdoor activities, and old west charm make Cody, Wyoming an inspiring place to visit, attracting the likes of Ernest Hemingway, who finished writing his book, “Death in the Afternoon” at the Chamberlin Inn Bed and Breakfast in 1932. Other famous callers include business magnates such as Marshall Fields and Erle Halliburton. It’s also the birthplace of the abstract expressionist artist, Jackson Pollock, aka Jack the Dripper.

Adventurers will never be at a loss for exciting endeavors and big exploration in this historical town.