In 1872, expedition and geological survey leaders—who had experienced the splendor of the Yellowstone area and recognized its inestimable value—persuaded President Ulysses S. Grant and members of Congress to establish Yellowstone as the world’s first national park.

I have vivid memories of visiting Yellowstone for the first time when I was a kid. Our family did the usual stuff—watched Old Faithful erupt, marveled at the Grand Prismatic Spring, and hiked around the Grand Canyon of the Yellowstone to find the best view of Yellowstone Falls. And though I have been there many times since then, it remains as magical as my first visit. I never tire of it. Apparently, everyone else feels the same because, sheesh, it has become much more crowded since my first gawk in the eighties.

Last year, a record-breaking four million people visited the park. The growth of visitation is truly staggering considering that just 50 years ago the park hosted only around 200,000 visitors. Of course, there are 3.9 billion more people on the planet than there were in the mid-sixties. 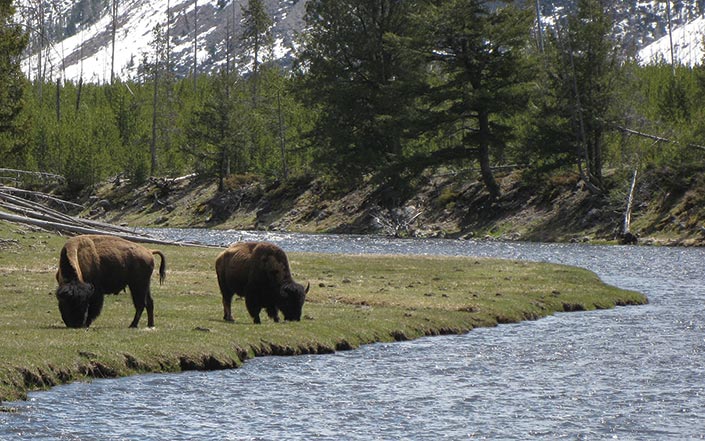 Park Superintendent Dan Wenk, said of the boom, “During the busiest times of the year, visitation levels in the park have led to long lines, traffic congestion, diminishing visitor experiences, and impacts on park resources.”

To avoid the hassle of getting stuck in traffic, skip entering the park by way of a tour bus, camper, or car. Outsmart the sheeple and go instead by bike or foot—you (probably) won’t get eaten by a grizzly bear, and you might feel like you have the place to yourself. Park research shows that 90 percent of people who visit Yellowstone each year never leave pavement or boardwalks to explore on their own.

Do your part by following park rules when you flee long traffic lines for the trails. Stay on the path as you explore more than 900 miles of hiking trails in Yellowstone. Keep your bear spray handy, and note that permits are required for overnight backpacking. Fairy Falls, Bunsen Peak, Mystic Falls, and Lava Creek are good options for day hikes and range in difficulty levels. Start early to avoid the masses and get the best pictures. 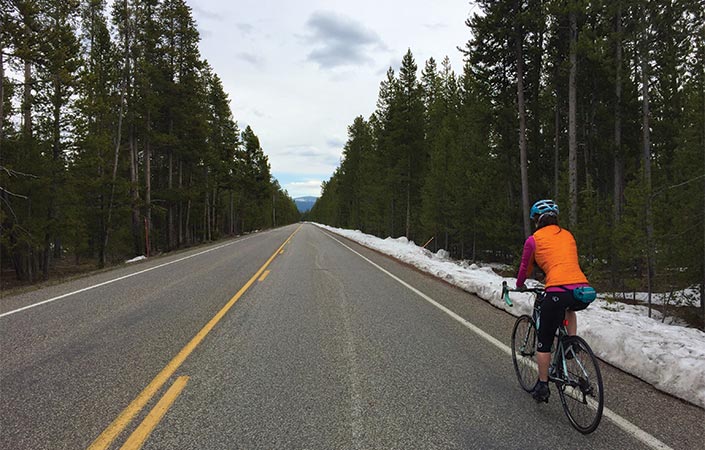 Each spring and fall, when the roads are cleared of snow, the park allows cyclists on certain roads before and after the main roads close to motorized traffic free of charge. Cyclists can ride the 50 miles between the West Yellowstone and North Yellowstone entrances until late April, and they’re allowed to explore several sections of the Grand Loop Road until the roads become snow covered in November. It’s remarkably quiet, and bison, bird, and bear sightings are not uncommon.

Cycling in the park is still good when the roads open to motorized traffic, though. The roads are wide enough and cyclists may find themselves skirting the traffic jams. If you find yourself in need of a break to cool off during your ride, stop by Firehole Falls, near the Madison Junction and take a swim in the Firehole River. This natural swimming hole is a great place to cool off on a hot summer day. 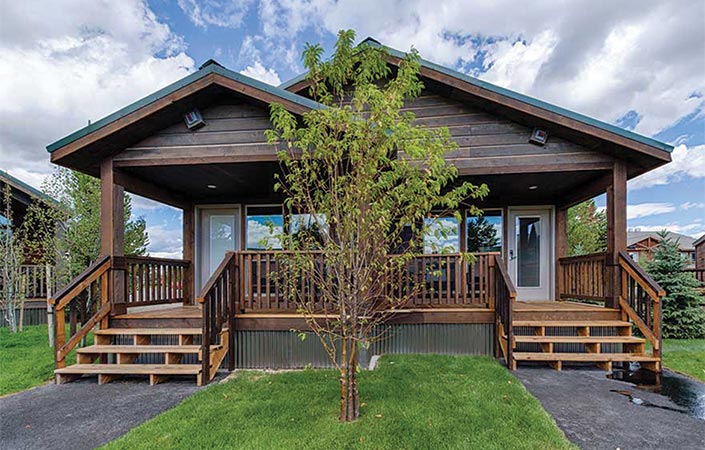 Stay at the Explorer Cabins at Yellowstone, and you’ll be a five-minute bike ride from the West Yellowstone entrance. Once you’re there, provided you’re up for the biking mileage, there’s almost no need to drive your car. Free cruiser bikes are available for guests to ride around town or in the park.

The best part about the Explorer Cabins is that they’re right across the street from the Grizzly & Wolf Discovery Center, where rescued grizzly bears and gray wolves live, so you can often hear the wolves howling in the morning and evening from your front porch. This habitat is a great place to see bears and wolves up close without pooping your pants.

Dodging the crowds at Yellowstone National Park can be tricky business, but according to the locals, the best time to visit is during the first or last three weeks of the park season.