Trending
Login
You are at:Home»Adventure»6 Ways to Beat the Winter Blues

All Quiet on the Wasatch Front: 6 Ways to Beat the Winter Blues

Bears aren’t the only ones hibernating. Short days, freezing temperatures, and scarce powder alerts have slowed hobnobbing and happenings to almost a complete stop. After the holidays are over, winter socializing stalls. However, you could view the lack of frozen flakes in the mountains as an opportunity to seek alternative wintry merriment. For curious souls in search of exploits beyond the ski slopes, there exists an almost endless array of unique experiences to beat the winter blues, some of which are exclusive to Utah.

Here are six jolly ways to fancy yourself a winter warrior while you’re praying for more snow. 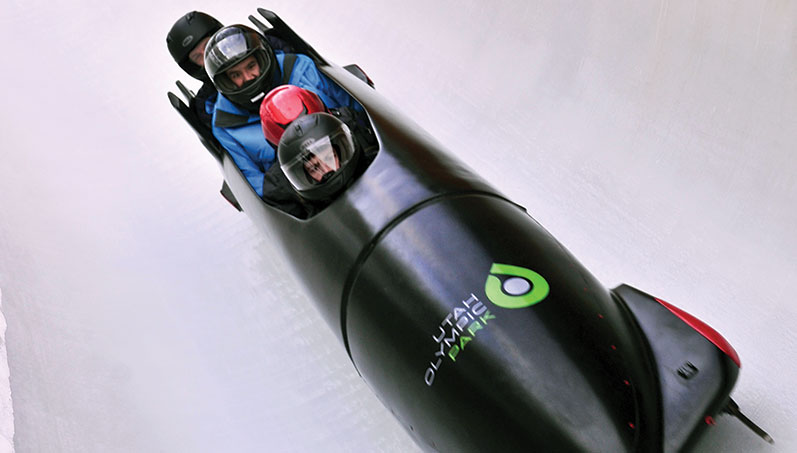 Bobsledding at the Utah Olympic Park

Who doesn’t want to feel like an Olympian for a minute? Between late December and early April, you can take a ride on the Utah Olympic Park’s Winter Comet Bobsled in Park City. Professional pilots drive three passengers at a time down the track, reaching speeds of up to 70 miles per hour, allowing riders to experience 3 G’s of force. The track spans less than a mile and features 10 curves so just as soon as your brain catches up with what’s happening—the ride is over. For the sake of comparison, traveling by rocket into space requires a minimum speed of 17,600 miles per hour. $175 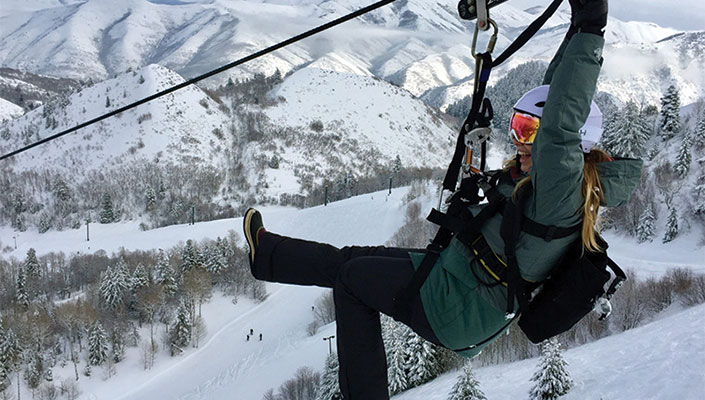 Perhaps you’ve been ziplining before, but have you ever done it during winter? At Sundance Mountain Resort you can soar above the snow-flocked trees for an unparalleled view of a winter wonderland spanning close to 4,000 feet of riding. Winter Zip Tours include the Demo and Outlaw Spans, and run from late December through early April. Guests can ride side-by-side on the zipline’s double cables to cruise together at 65 miles per hour. Tours are available Wednesdays through Sundays and can be booked online. $49 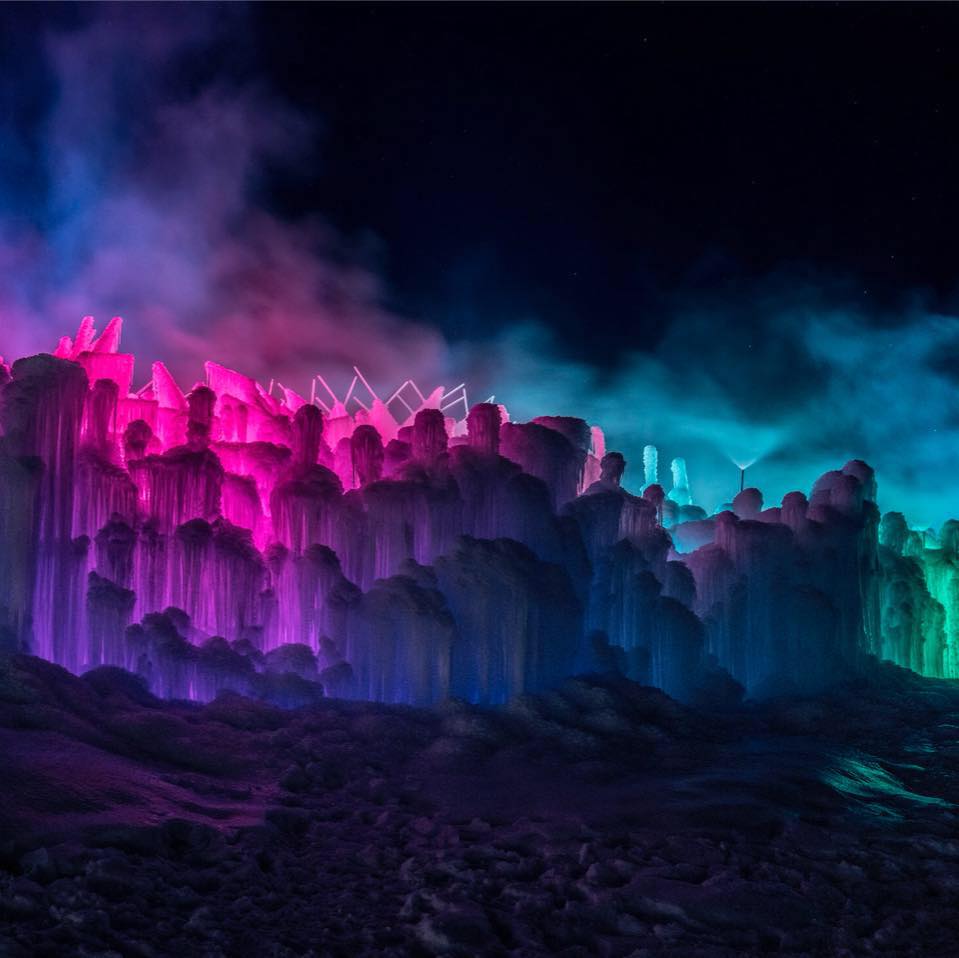 Midway, Utah, is one of four lucky locations in the United States to host Ice Castles. The length of the ice castle season depends greatly on the strength of the winter season. Each year, ice artists spend more than 4,000 hours shaping icicles from 25 million pounds of ice. Color-changing LED lights are specially placed within to create an atmosphere of magic. There are slides made of ice. I repeat: There are slides made of ice!

Resident princesses are available for photos at the castles during certain times. Fire dancing shows are Fridays and Saturdays from 7:15 p.m. to 10:15 p.m. Because the ice castle season is brief, tickets sell out quickly. Photography is encouraged, so take as many photos as you like. Once you enter the castle during your designated half-hour window, you can stay as long as you like, but once you leave there is no re-entry. $6–$19 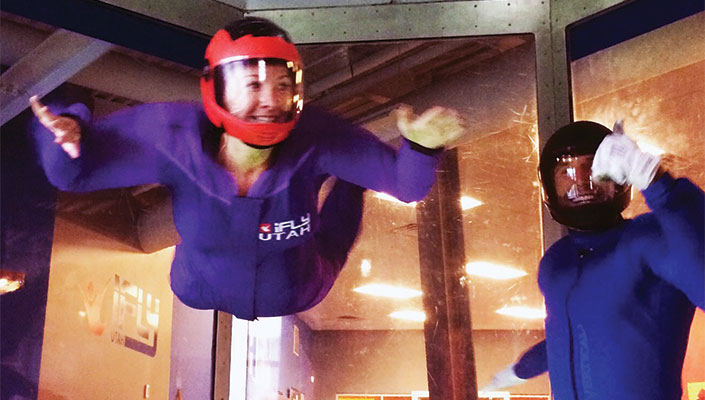 If you love skydiving, visiting iFLY Utah is a great way to get your fix in between plane jumps. If you haven’t ever been skydiving, a session at iFLY will give you some sense of what it’s like to really fall through the sky. It’s everything you want it to be and more.

No experience is necessary to fly, and even kiddos over 3 years old can try it out. The 12-foot wind tunnel boasts speeds of up to 150 miles per hour, and once you take your first two-minute flight you won’t want it to end. Professional instructors teach you the basics and will join you in the tunnel to help you perfect your skills. It’s extremely addictive! $55 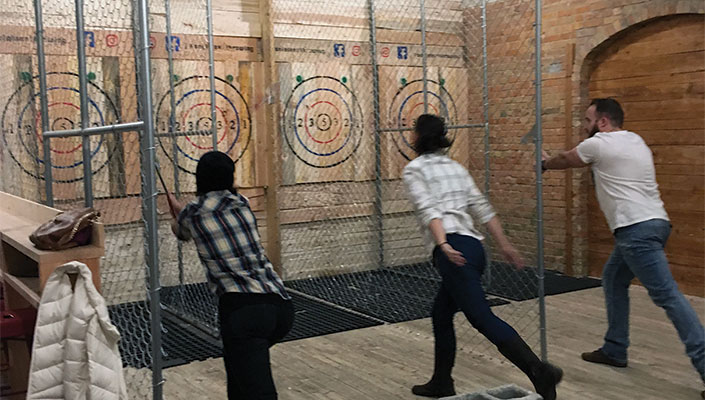 Axe throwing is an old Celtic game, but you don’t have to be Braveheart to try your hand at it. Did the lumbersexual trend usher this amusement sport into popularity? It matters not. What matters is that Social Axe Throwing exists and you can go throw real axes at targets, and even if you’re not good at it you’ll have a fine time. Instructors will show you how it’s done and you’ll be sticking your throws in no time.

Go solo or with a group for an hour of genuine revelry. Reserve a private throwing room for birthday parties and other special occasions. If you discover that you can’t get enough, you can join a league. Yes! There are axe throwing leagues! Flannel is not required, but is appreciated. Social Axe Throwing is in Ogden, but another location is opening in Salt Lake City Late Winter 2018. It’s good practice just in case the Hunger Games become a reality, or you know, if you want to participate in the Highland Games. $15 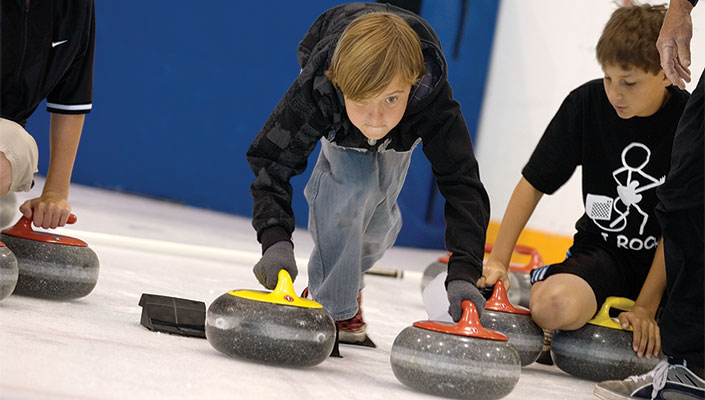 Curling at the Utah Olympic Oval

Every year from September through March, you can learn to curl at the Utah Olympic Oval. Essentially, curling is like playing shuffleboard, but on ice. Beginning and intermediate curling hopefuls can play Thursday and Friday evenings during the winter—so long as you’re one of the first 48 people to sign up for one of the sessions.

All necessary equipment is provided, including helmets. Participants will get to play with the same curling stones that were used in the 2002 Winter Olympics. If you’re interested in next level curling, try out Cosmic Curling on Friday nights through March. Black lights and neon colors make for ridiculously fun curling games. $15