Trending
Login
You are at:Home»Adventure»5 California Races Worth Traveling For

California is home to many big-name sports teams, from the 49ers to the Dodgers to the Anaheim Ducks. Watching top-class games can really get the blood pumping; but for endurance enthusiasts, California also has plenty of exciting events to take part in that cater to all abilities. Here are five California races worth traveling for: 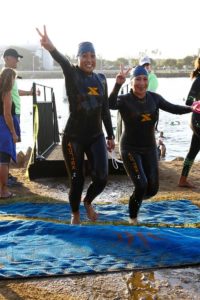 Where better to take part in a triathlon than in the modern birthplace of the sport? The SD Tri Classic, as it’s known, might not be as old as some races, but it’s already a popular local event. Every September, it takes in the best the area has to offer, from a swimming leg in the calm waters of San Diego Bay, on to a bike section through a naval base and Cabrillo National Monument, and finishing with a run that takes in the beautiful NTC Park at Liberty Station. Many of these areas aren’t normally open to race in, so this is a unique experience.

Whether you race at Sprint or Olympic level, when you’ve finished you can celebrate with a local craft beer from Stone Brewing Co. after picking up your finisher’s medal at the award ceremony. Handily, it also doubles as a bottle opener!

The non-profit organization that runs it offers a discount for anyone who volunteers at the pre-race expo, making it more affordable, too. It’s a well-organized, award-winning triathlon that has to be experienced at least once.

Beginning at the Dodger Stadium, the LA Marathon guides participants through Chinatown and Little Tokyo, along the shore of the Echo Park Lake, and then along Sunset Boulevard and Hollywood Boulevard, all the way to the infamous Viper Room. The route then heads into West Hollywood, Beverly Hills, and Brentwood, before finishing in Santa Monica. The event was first held in 1986, and those who have taken part in each race since then are known as ‘Legacy Runners’. 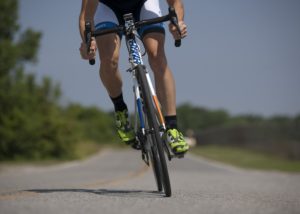 Cycling enthusiasts don’t want to miss out on the Sea Otter Classic, which brings together thousands of professional and amateur cyclists and fans, exhibitors, and cycling entertainment every April in Monterey. It’s accessible to everyone, with competitions open for children from 13 years old, and a free kids zone for those under 12, so the whole family can join in.

Races are available in every category under the sun: cross country, downhill, dual slalom, road races, cyclocross, the maze of the Pump Park Invitational – and that’s just the ones for amateurs. There are even tours that take you through Fort Ord National Monument or along the coast, which come with full support throughout, and a complimentary lunch and massage afterward – a real luxury experience.

If you want to stay for the full four days, you have the option of staying on-site in the campground, and you won’t run out of fuel with a whole court of international food and a beer garden to wet your whistle.

The Sea Otter Classic is a world-renowned event that should be penned into any cyclist’s calendar.

Bay to Breakers was first raced in 1912 as part of efforts to raise morale after the devastating earthquake in San Francisco. Since then, it has been held annually, in May, as a celebration of the city’s spirit of diversity, determination, and fun.

Given this mixture of characteristics, it’s no wonder that the footrace–one of the largest in the world–attracts both world-class competitors as well as casual runners, walkers, and families from across the globe. Running, walking, or in a racing wheelchair, everyone is welcome.

Another feature of Bay to Breakers is the wacky costumes – they’re proud of being the world’s best-dressed race. Started by one lone runner in 1940, it has been a big part of the race ever since. This might be demonstrated best by their mascot, a giant pink gorilla that runs the race alongside everybody else. There’s even the World Centipede Championships, where groups of 13 or more runners attached by bungee cords compete in their own race category.

The course travels through nine different neighborhoods in the heart of San Francisco, the road lined with cheering crowds and full of live music. It’s a beautiful and energizing route, taking in many iconic landmarks that will really acquaint you with the city. The finish line is at Ocean Beach, where you can take part in the Finish Line Festival, receiving your medal and enjoying food, drinks, and live music.

It’s quite safe to say that there’s no other footrace quite like it.

This family-friendly race features 10K run, 5K run/walk, 1-mile walk, Kids&#39; Superhero Dash for Dad, and a virtual Snooze for Dudes program. Participants will receive shirts, free food and prizes, and the opportunity to connect with others who are impacted by prostate cancer.

From serious cycling to running in crazy costumes, California has a sports event for everyone to take part in.

Now there’s no excuse not to get active in the Golden State!

JT Lyons grew up riding the canyons of San Diego on his single speed Huffy. Some time in between falling in love with his Huffy and the 200+ triathlons he's competed in, JT created the San Diego Triathlon Classic.