Trending
Login
You are at:Home»Articles»Trailsides»Be Bear Aware: Utah Bear Sightings on the Rise

Photos and article provided by Utah Division of Wildlife Resources

Utah’s bears are out and active, and the number of bears reported getting into garbage and food this month has doubled from last July. If you are out camping or if you live in any canyons or foothills in Utah, you must “bear-proof” your food and garbage.

Black bears are the only native bear species currently in Utah, and they have an amazing sense of smell. They also have no problem eating the same type of food that people eat. As a result, many of the conflicts between people and bears happen because the bears start scavenging for the food that humans are eating and cooking.

In the past month, Utah Division of Wildlife Resources employees have responded to more than 25 reports of bears getting into coolers, garbage or rummaging in campsites and residential trash cans throughout Utah. Of those, 20 occurred in central Utah and along the Wasatch Front. Last year at this time, there were 11 reports statewide of bears in neighborhoods or campsites. Last year, most of those incidents occurred in the southern part of the state. 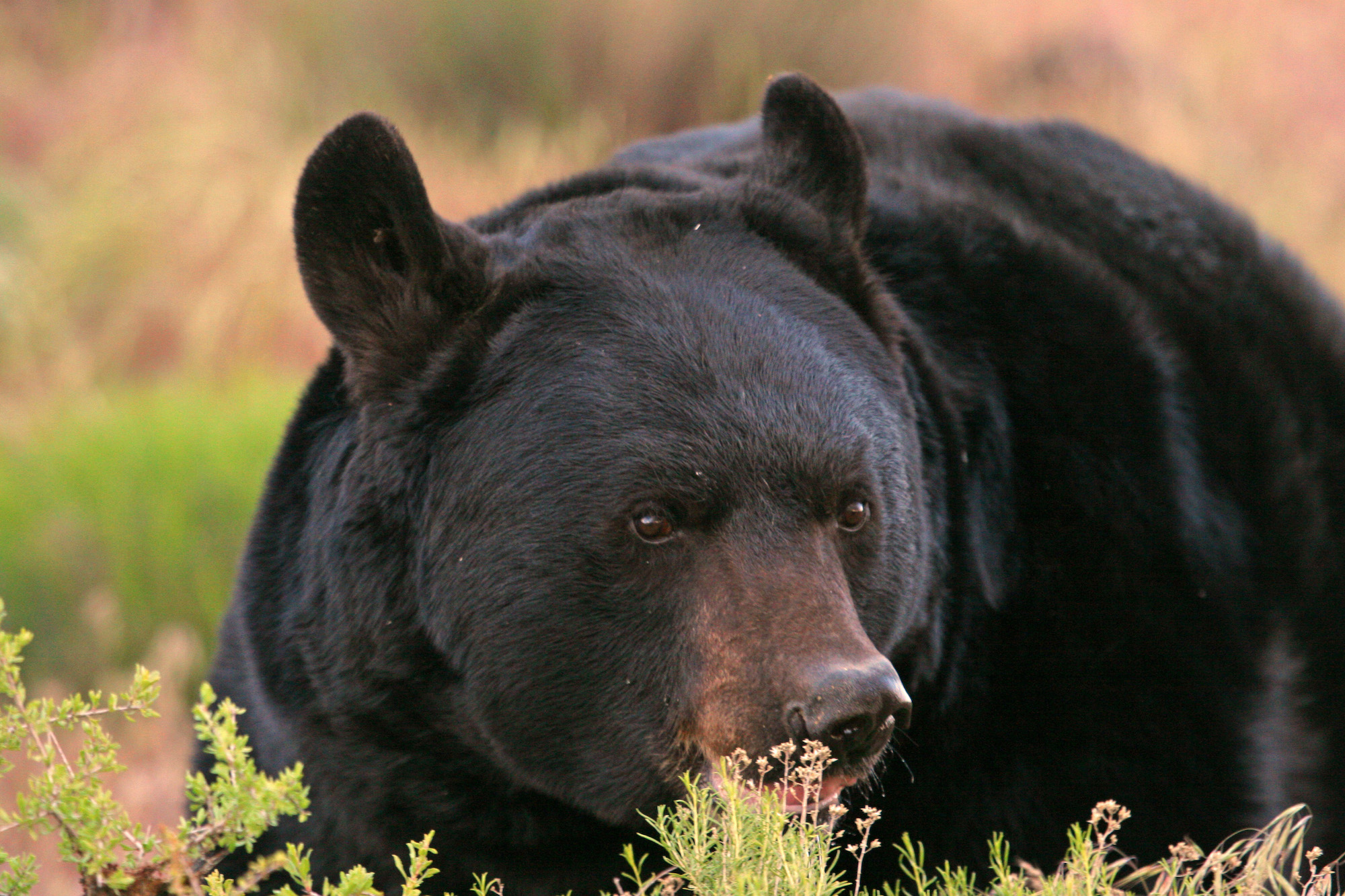 Keeping your campsite clean and not leaving food out are two keys to staying safe in black bear country.

“We deal with nuisance bear calls every year, but this year, we have received a much higher amount, especially in communities near or around the mountains and campsites along the Wasatch Front,” DWR wildlife biologist Riley Peck said.

There are several reasons for the increase in human/bear conflicts this year. One is that there is a higher Utah bear population compared to past years, and the population along the Wasatch Front has also continued to grow and expand into wildlife habitat areas.

“Another reason for the increase in bear incidents is that the summer of 2018 was extremely dry,” Peck said. “As a result, some bears could have gone into hibernation a little leaner than normal. This was then followed by a very wet, cool spring that kept bears hibernating in their dens a little longer than usual. The combination of those two things could be making the bears a little bolder in trying to acquire their needed calories.”

Utahns need to take extra care in bear-proofing their food and garbage, whether camping or in their neighborhood. Here are a few examples of things to be mindful of so you don’t attract bears:

Several of the recent bear reports have involved bears getting into trash cans or dumpsters in neighborhoods and at cabins. Make sure to store your trash in a secure location or bear-proof container. If you don’t have access to a bear-safe garbage can or dumpster, make sure to store your garbage can in your garage and put it out for pick up in the morning, rather than the night before. Also, make sure to clean your trash container regularly to eliminate some of the odors, which attract bears.

Remove items that will attract a bear to your house

Utah is bear country, and especially so if you live in the foothills or other mountainous parts of the state. It is important to eliminate, properly secure or clean yard items that may attract a bear. Some of these include: 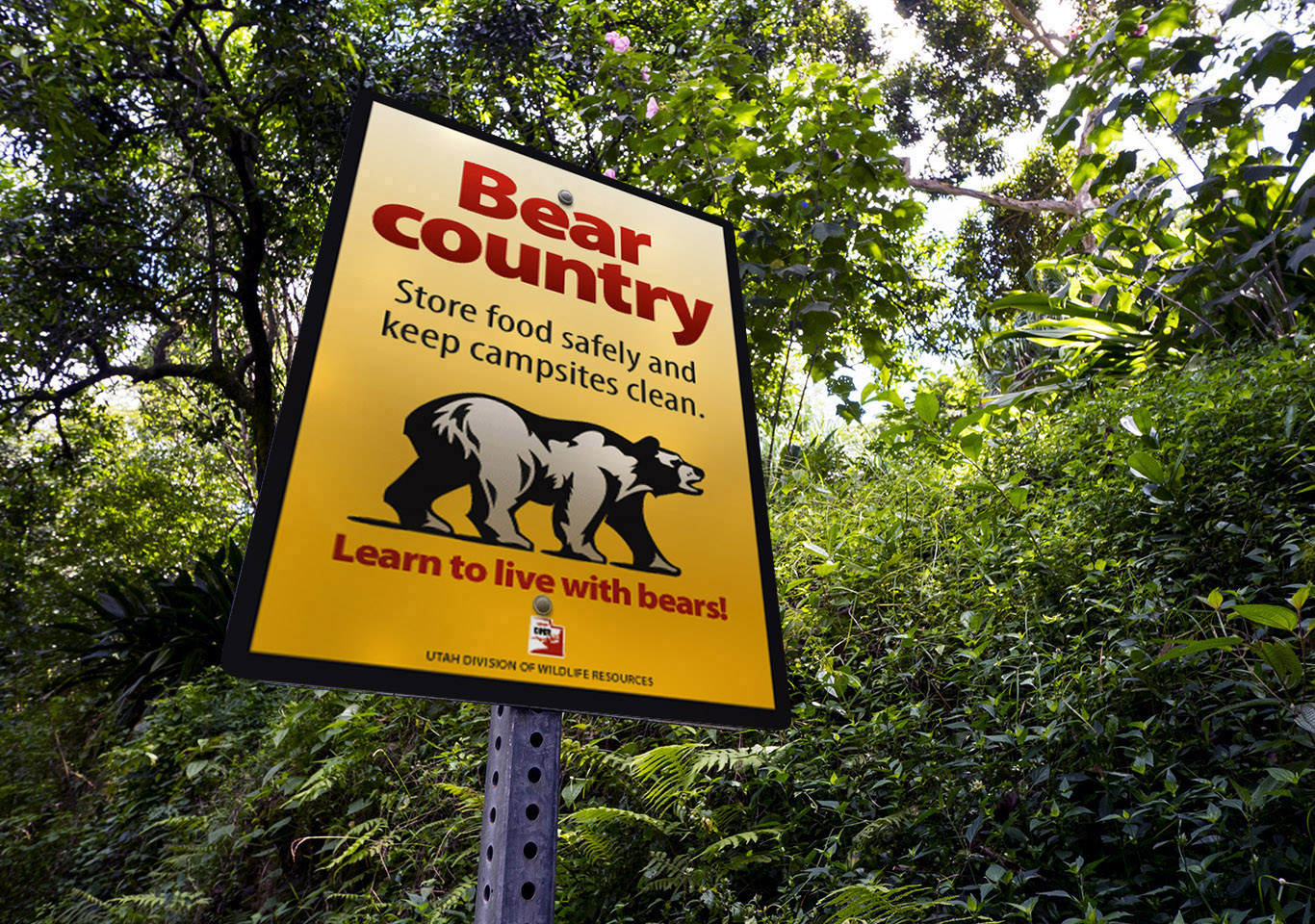 Signs are being placed to remind Utahns to store their food and keep their campsites clean.

Bear-proof your food while camping

Store your food, snacks and scented items (such as deodorant and toothpaste) in an area where a bear can’t get to them. Do not leave them out on tables or keep them in your tent. Storing them in a locked trailer or locking them in the trunk of your car are both good options. Storing food and scented items in these areas will reduce the chance that a bear smells them. And, if a bear does make its way to the area where you’re staying, if it isn’t rewarded with food, it will likely move on.

Don’t toss food scraps and other trash around your campsite or cabin area. Instead, put it in trash bags, and take it home with you. Several of this year’s bear incidents have occurred because trash was left in a non-bear-proof dumpster at the campsite. Make sure to wipe down picnic tables and keep the area free of food and other debris. Always keep your campsite or cabin area clean because a dirty campsite can attract bears long after you’ve left.

“If a bear visits the area after you leave and then someone comes into that area to camp, you’ve created a potentially dangerous situation,” DWR mammals coordinator Darren DeBloois said.

If you see a bear getting into things at your house or campsite, contact the DWR office nearest to you. You can find the contact information for each of the six DWR regional offices across Utah on the  DWR website. Learn other ways to prevent conflicts with bears on the Wild Aware Utah website.

What to do if you encounter a bear