Trending
Login
You are at:Home»FAQs»Events»3 Reasons You Should Run North Face Endurance Challenge 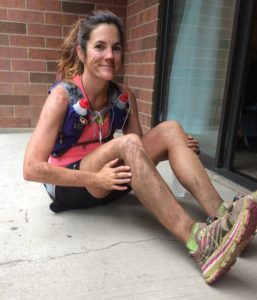 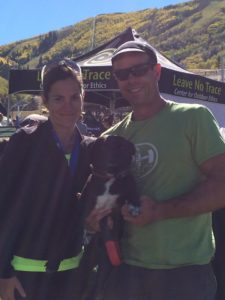 Anyone who bikes, hikes, runs, swims – or basically any activity that takes you from point A to point B – understands the concept of destination obsession. It’s that need to get to where you plan on going, and once you get there the sense of satisfaction felt.

Upon completion of The North Face Endurance Challenge in Park City, you will no doubt feel your running accomplishment, if not in your heart, definitely in your quads. This year’s races take place at the Park City Mountain Resort on Saturday-Sunday, Sept. 24-25.

And we’re giving away an entry and North Face gear!

I ran the 50k for Park City’s inaugural event in 2014. It was probably my favorite ultra that summer (there are several other distances to choose from). Here’s why you should run it, too

North Face knows how to put on a well-run race, and it’s not their first rodeo. Now in its 9th year, The North Face Endurance Challenge Series pushes endurance junkies to run their best race while promoting the sport of ultra-trail running.

The courses are well marked, the volunteers are extremely helpful, and the aid stations are choked full of pb&j sandwiches, fruit, salty snacks, water, and electrolytes. I got a nice technical tee and a finisher’s medal. Ultra running guru Dean Karnazes also spoke the morning of the 50k, if I recall.

Building brand awareness through athletic sponsorships isn’t a new idea but it is a good one. The marketing genius of pairing The North Face brand with an endurance running series was born in 2006 after Karnazes’ quest to run 50 marathons, in 50 states, in 50 days in what was otherwise known as The North Face Endurance 50.

If you like spectacular mountains with a lot of verts, this race is for you. The course starts at the highest elevation within the North American series at 7,000 feet and climbs to the highest as well at 10,000 feet.

The route winds along the Wasatch back, part of the Wasatch Mountain Range. You run through world-renowned Park City Mountain Resort on double and single track, ski runs, mountain bike trails and dirt access roads. I can’t think of a more beautiful way to spend a Fall day in Park City, Utah!

Because of all the points mentioned above, you can tell anyone who will listen about your accomplishment. Ultras aren’t for the weak, that’s for sure. Tip: Training on technical terrain will serve you well.  “Bring your legs and your lungs,” as eloquently described on the event’s website. Indeed.

Melissa Davidson is a writer and social media marketer based in Boise, Idaho. She has a B.A. in Journalism from the University of Montana and has worked for several newspapers throughout the West. When she's not hovering over a keyboard, Melissa can be found running and riding on trails throughout the Rocky Mountain West.