Trending
Login
You are at:Home»Adventure»Featured Events»Hops on the Hill Returns to Stein Eriksen Lodge 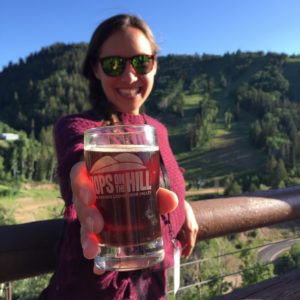 Tuesday is the new Friday at Deer Valley. Hops on the Hill is Stein Eriksen Lodge’s popular craft beer tasting, food, and free concert event that’s returning for another season beginning in July. This year the eight-week summer series is on Tuesdays, July 9-August 27 and you won’t want to miss it!

Each evening begins with a craft-beer tasting at 6 p.m., featuring award-winning Utah breweries, accompanied by Chef Zane’s tasty food pairings. As a past attendee, I can vouch for the tasty food, which ranges from savory meat selections to a grilled peach dessert and ending with apricots paired with Beehive cheese. 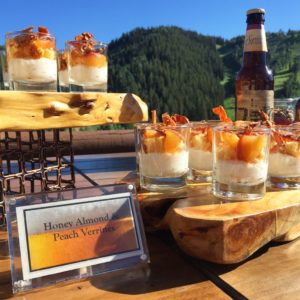 When I last attended, the featured breweries were Park City Brewing and Squatters, and both showcased new-to-me beers like Park City’s Imperial Pils and Squatters Hoppy Pils. But what’s great about this series is that the breweries and food pairings change each week. 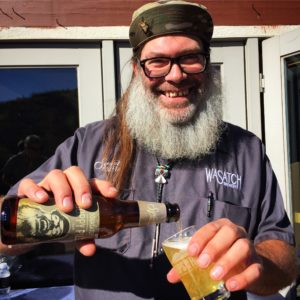 The man who inspired the Hoppy Pils label pouring beer.

Live music kicks off at 6 p.m. Chairs are provided so you don’t need to bring anything along. If you prefer a la carte, you can order beer and BBQ items in the concert area.

Part of the proceeds from Hops on the Hill goes to the Youth Sports Alliance, an organization dedicated to supporting and enabling youth to participate, learn, compete and excel in sports.

2019 Hops on the Hill Schedule