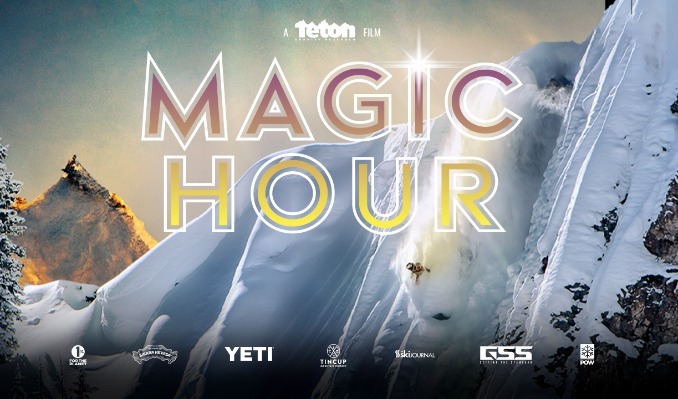 The film documents some of the most iconic skiers and snowboarders around the world – from North America to New Zealand – as the team captures awe-inspiring cinematography,
groundbreaking action, and mesmerizing landscapes on this global adventure.

Filmed on location in 2022 in the most epic places across North America, Magic Hour takes
viewers from Jackson Hole, the Chugach and Coast Mountain ranges in Alaska, to the Selkirk,
Purcell, Valhalla, and Kootenay ranges in British Columbia, and Montana.

Magic Hour’s star-studded cast will include some of the biggest names in the industry such as
Kai Jones, Nick McNutt, Michelle Parker, Jeremy Jones, Tim Durtschi, Parkin Costain, Amy Jane
David, Bode Merrill plus a few more familiar friends. The crew of skiers and riders will take you on a journey through next-level terrain in some of the most jaw-dropping spots on the planet
just as the sun rises and sets.