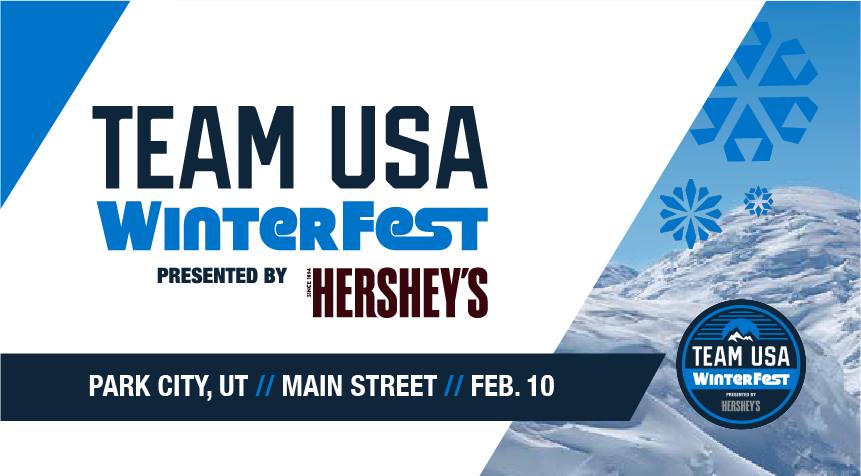 The Team USA WinterFest presented by HERSHEY’S is coming to Park City! Held Saturday, February 10 betweenHeld on Main Street between 7th and 9th Streets on Historic Main Street from 1:00-7:00 p.m.

The free tour will bring the excitement of the Olympic Winter Games to Park City residents through several interactive elements along with live musical performances by Good Charlotte and Sleeping with Sirens.

The new Hershey’s S’moresmobile will be providing Team USA fans free, full-size, delicious HERSHEY’S S’mores for fans to enjoy while sharing memories over an all-American classic treat. The Bobsled Boomerang will give fans the chance to experience what it’s like to be in an Olympic bobsled while also capturing and sharing the moment on social.

The Team USA Social Media Truck and the Curling Challenge – both presented by OREO – are also new to the tour. The social media truck will feature multiple interactive stations, including: Team USA Athlete Snapchat Face Swap, a designated photo and GIF station, and a digital message board for fans to share good-luck messages with Team USA athletes ahead of the 2018 Games

The event is free and open to the public. For more information, visit TeamUSA.org/WinterFest.

Team USA athletes will include: