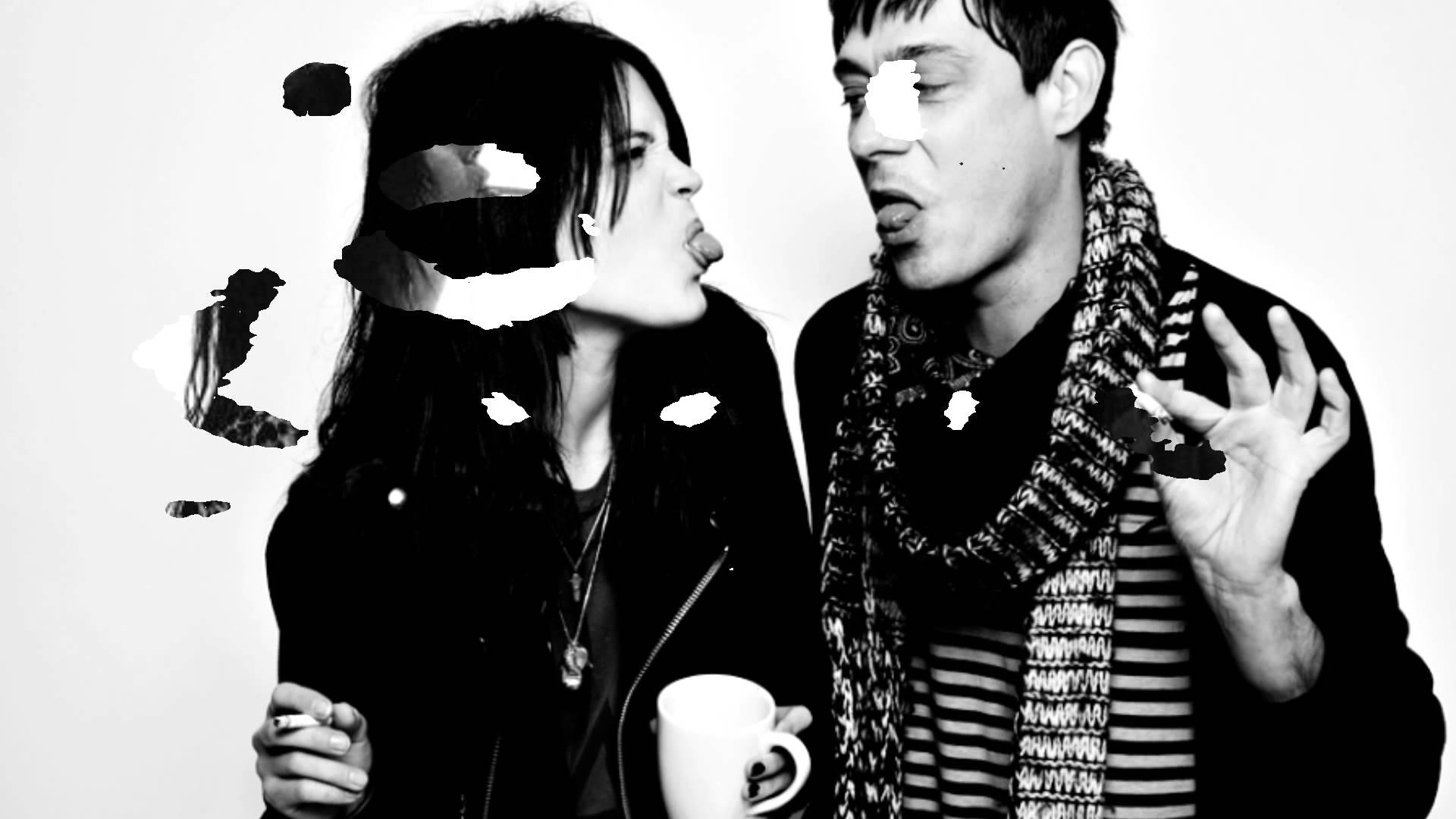 Individual online tickets can be purchased at 24Tix.com up until one week prior to each concert to allow for mail fulfillment.

Individual tickets can be purchased in person at all Graywhale Entertainment locations, in person at 24Tix.com offices (314 West Broadway, #250 SLC, UT 84111), and at the gates on the evening of each performance.

All individual ADVANCE tickets are $5.

All individual DAY OF SHOW tickets are $10 CASH ONLY at the venue.

The bluesy punk duo the Kills consist of vocalist/guitarist VV, aka Alison Mosshart, formerly of the Florida punk band Discount, and drummer/guitarist/vocalist Hotel, aka Jamie Hince. After Discount ended in 2000, VV began exchanging tapes with the London-based Hotel through the mail, but both of them felt hindered by this method, so VV crossed the Atlantic so the duo could write faster. In spring of 2001, they issued a self-released demo that showcased their gritty, sexy sound and earned favorable reviews from such quarters as TapeOp Magazine. They also contributed a song, “Restaurant Blouse,” to 5 Rue Christine’s If the Twenty-First Century Did Not Exist It Would Be Necessary to Invent It compilation early in 2002, before their debut EP, Black Rooster, arrived that summer on Dim Mak.

Along with gigs at the London and Glasgow LadyFests and tour dates alongside Le Tigre, the Kills also toured the U.S. for eight weeks before returning to London to finish their first full-length album, Keep on Your Mean Side, which was released by Rough Trade in spring 2003. A second album, No Wow, arrived in 2005 and was an even dirtier, leaner collection of songs. The Kills retooled their sound for 2008’s Midnight Boom, mixing more electronic beats and pop hooks into their punky bedrock.

While touring alongside the Raconteurs in support of Midnight Boom, Mosshart struck up a friendship with frontman Jack White, prompting the two to form a supergroup, the Dead Weather, in 2009. The Kills took a short break while the Dead Weather worked feverishly, issuing two albums in ten months and touring behind both. Blood Pressures brought the hiatus to an end in 2011. ~ Heather Phares, Rovi